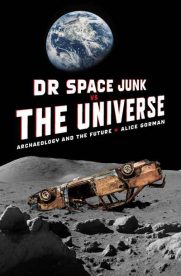 Going boldly forth as a pioneer in the fledgling field of space archaeology, Dr Alice Gorman (aka Dr Space Junk) turns the common perception of archaeology as an exploration of the ancient on its head.

END_OF_DOCUMENT_TOKEN_TO_BE_REPLACED

The remarkable true story of an Australian mother’s fight to free an unaccompanied Hazara boy from detention, and include him in her family.An extraordinary story of courage and kindness and the ultimate triumph of family over what, at times, seem like insurmountable odds.

END_OF_DOCUMENT_TOKEN_TO_BE_REPLACED

The Media and the Massacre is a chilling  portrayal of journalism, betrayal, and storytelling surrounding the 1996 Port Arthur massacre. Skin in the Game, Stella Prize long-listed author Sonya Voumard, is an original, incisive and hugely entertaining memoir of her life in journalism

END_OF_DOCUMENT_TOKEN_TO_BE_REPLACED

Kery Tucker seemed to be a typical suburban mother of two, but she had a terrible secret: she had been stealing money from her employers.
When her offence was discovered it was reported to be the biggest white-collar crime committed by a female in Victoria, and she was sentenced to seven years in a maximum-security prison, alongside the state’s most notorious criminals.  Being incarcerated with drug dealers and murderers, however, was not nearly as daunting as having to tell her two young daughters why she was leaving them.  The shame was almost unbearable.

END_OF_DOCUMENT_TOKEN_TO_BE_REPLACED

Edith Coleman was the foremost female naturalist of her generation.  She would solve a mystery that had even bewildered Darwin.  Today, she is almost entirely forgotten, save by a handful of scientists and naturalists. Award winning author Danielle Clode presents the life of one of Australia’s foremost naturalists  Edith Coleman and the story of the quest to recover her from the footnotes of history.

END_OF_DOCUMENT_TOKEN_TO_BE_REPLACED 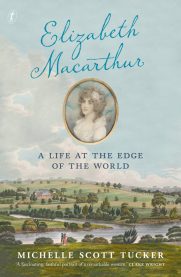 In 1788 a young gentle woman raised in the vicarage of an English village married a handsome, haughty and penniless army officer. In any Jane Austen novel that would be the end of the story, but for the real-life woman who would play an integral part in establishing Australia’s wool industry it was just the beginning. A fascinating, faithful portrait of a remarkable woman and the young, volatile colony she helped to build.

END_OF_DOCUMENT_TOKEN_TO_BE_REPLACED

Over a decade ago, Australian-born Catherine embarked on the ambitious project to only speak French to her son despite this not being her first language. In the wonderful way that one challenge often inspires another, Catherine and her husband then decided that living in France would bring some authenticity to this social experiment.